By 2050, it is predicted that almost two-thirds of the global population will be lacking sufficient water for at least one month per year. Without sufficient adaptation measures for climate change, the results could be devastating.

WHO also estimates that approximately 250,000 additional deaths will occur each year due to climate change between 2030 and 2050 if climate change continues at its current trajectory. In Southeast Asia, marginalised populations such as those living in poverty, in remote and rural areas, and those without access to education, stand to be impacted the greatest.

The marginalized and the poorest already have limited adaptive capacity and the effects of climate change are widening existing inequalities and creating new vulnerabilities through its impacts on health and water, sanitation and hygiene, nutrition, livelihoods, income, and more. In Cambodia, many rural households and schools rely on harvesting rainwater for their daily needs but the growing unpredictability of the annual rainy season can leave them without access to clean water. 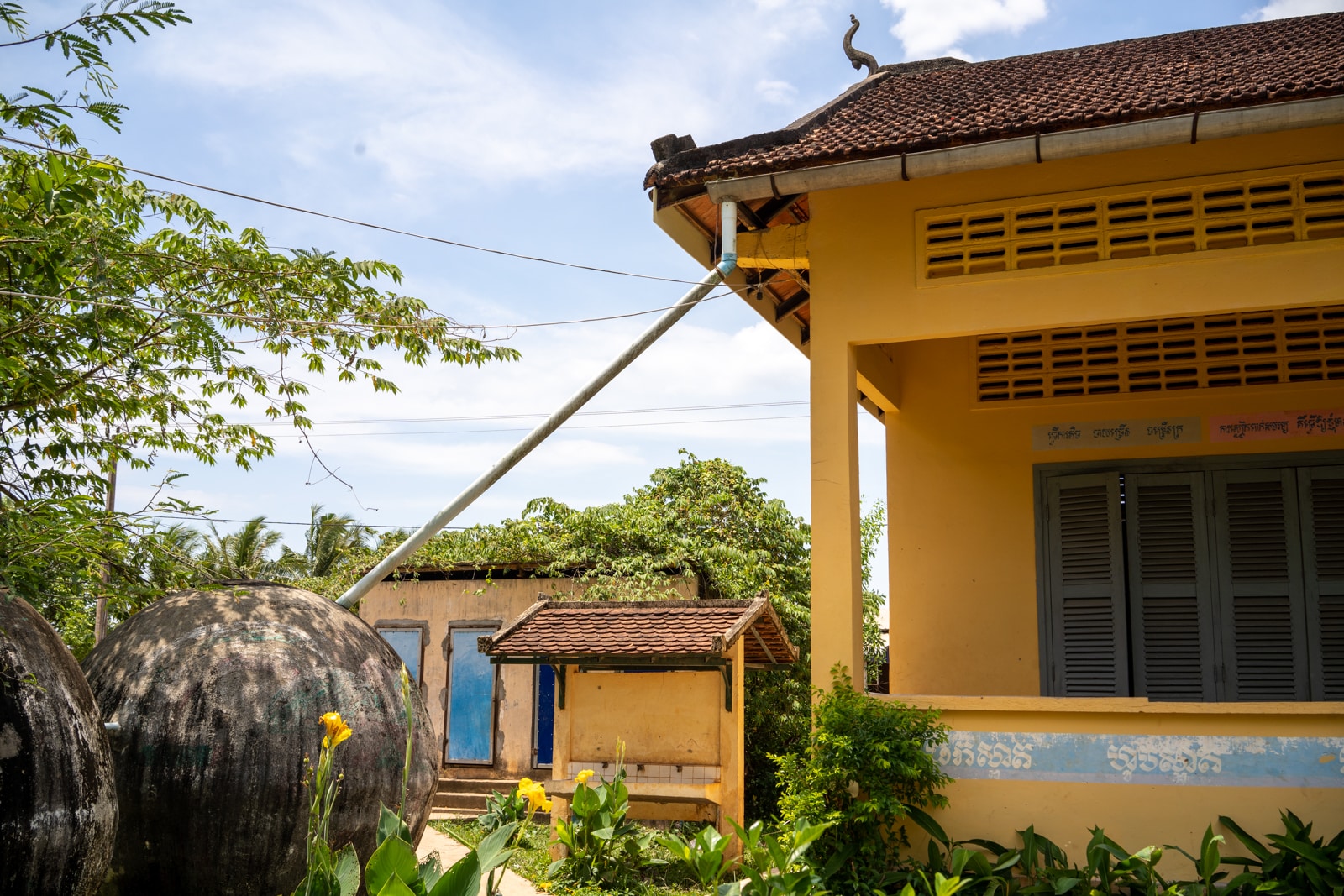 In the coastal communities of Cambodia, where Aide et Action is implementing The Consortium for Sustainable Alternatives and Voice for Equitable Development (CO-SAVED), a four-year project funded by The European Union, 64 per cent of schools we interviewed reported having no access to clean drinking water for students. During Cambodia’s dry season, this worsens, as many schools and households rely on harvesting rainwater for their daily consumption.

Adequate access to handwashing facilities and toilets also remain out of reach for students.

Under CO-SAVED, we conducted a baseline survey across the four provinces in 2021 which revealed almost 50% of children with disabilities do not have access to a toilet at school, and over 20% of all students we interviewed reported not using a toilet at school. Interviews we conducted with educators revealed that without access to adequate toilets, students sometimes resort to relieving themselves on the school grounds which not only deprives them of privacy but also contributes to an unhygienic school environment and increases their vulnerability to disease. 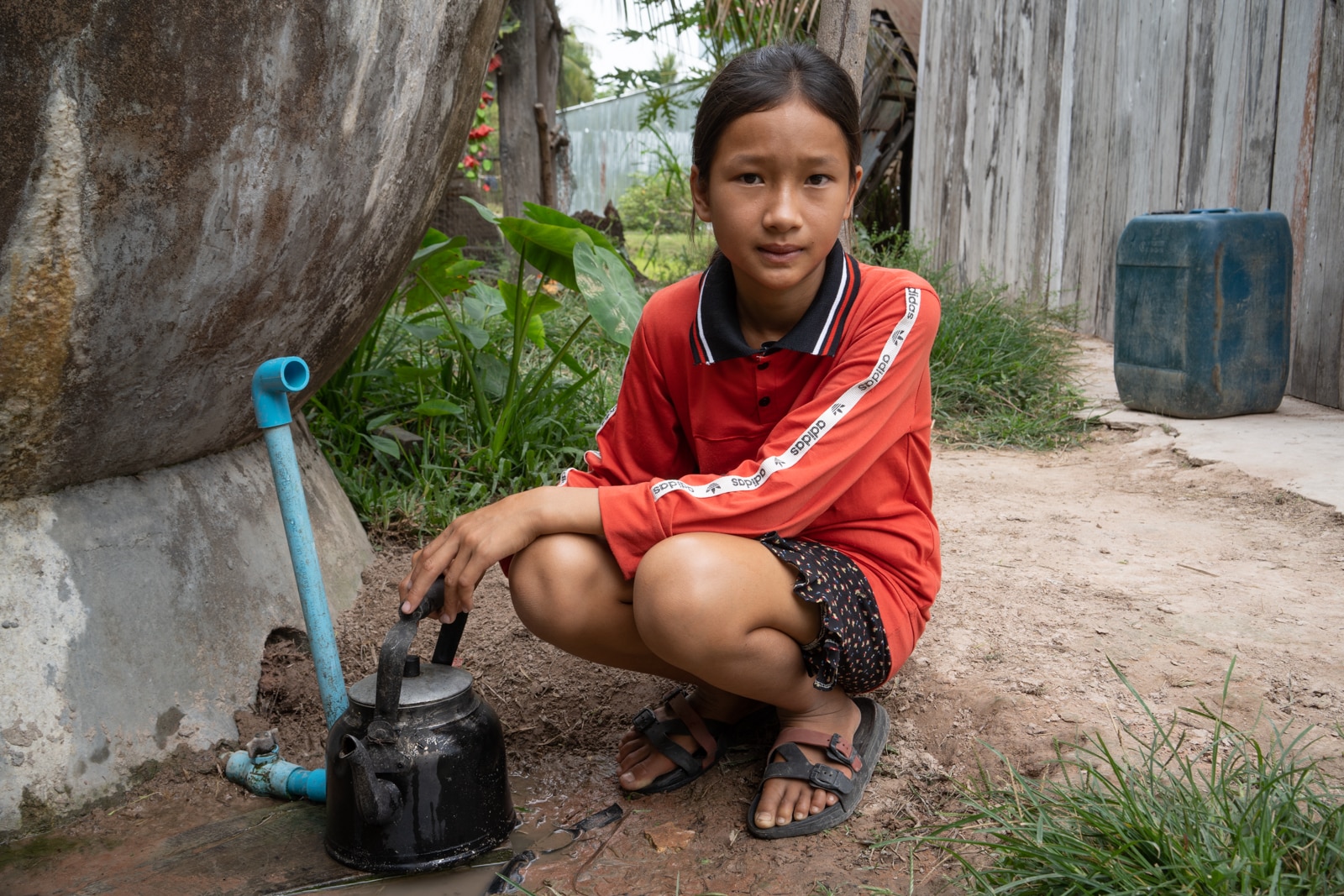 In conversation with Aide et Action, Cambodian district-level education officials universally noted the importance of adequate water, hygiene and sanitation. Some indicated that it had been integrated into the curriculum in their districts, often in conjunction with solid waste management and other hygiene practices. In Koh Som Primary School, Kep province, school director Hem Bunthorn tells us that before his school received water, sanitation and hygiene facilities, his students used to take water from the pond and keep it in a plastic container in front of the classroom for their handwashing, using a ladle to bail out wait to wash their hands, a difficult and messy process for small children.

Water is a community issue

Water is a community issue according to Bunthorn. “Lack of clean water has many effects on the whole community”, he says. Firstly, it affects health such as various diseases, diarrhoea, etc. Secondly, they have to spend money on treatment. Thirdly, if they lack clean water, they waste the time they could spend earning money. Fourthly they have to spend time carrying the water from other places to use.

Bunthorn’s neighbour Mean Kim whose children attend Koh Som Primary School shares a similar opinion. “Without clean water, the people in my community, and especially the children, are often sick and have diarrhoea”, she says. At home, Mean and her family rely on rainwater for clean drinking water which they boil. When they are without rainwater, they use a neighbour’s water supply for drinking water and for other needs they take water from a nearby pond, a laborious process that usually falls on the shoulder of Mean’s daughter Phong. Without adaptation measures against climate change, if this pond were to dry up or the rainwater decreased, Mean and her family would have significantly less access to water for their daily needs. 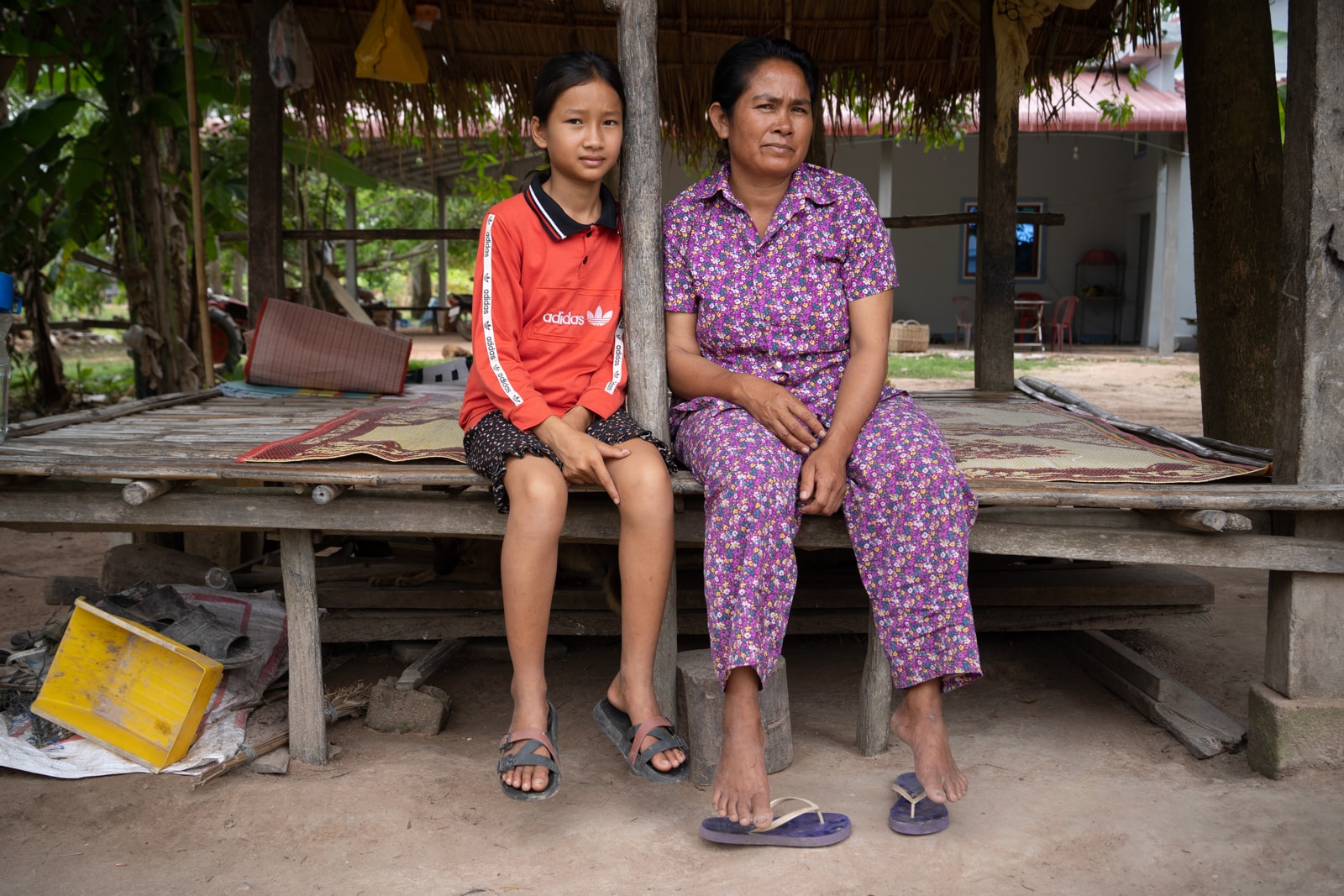 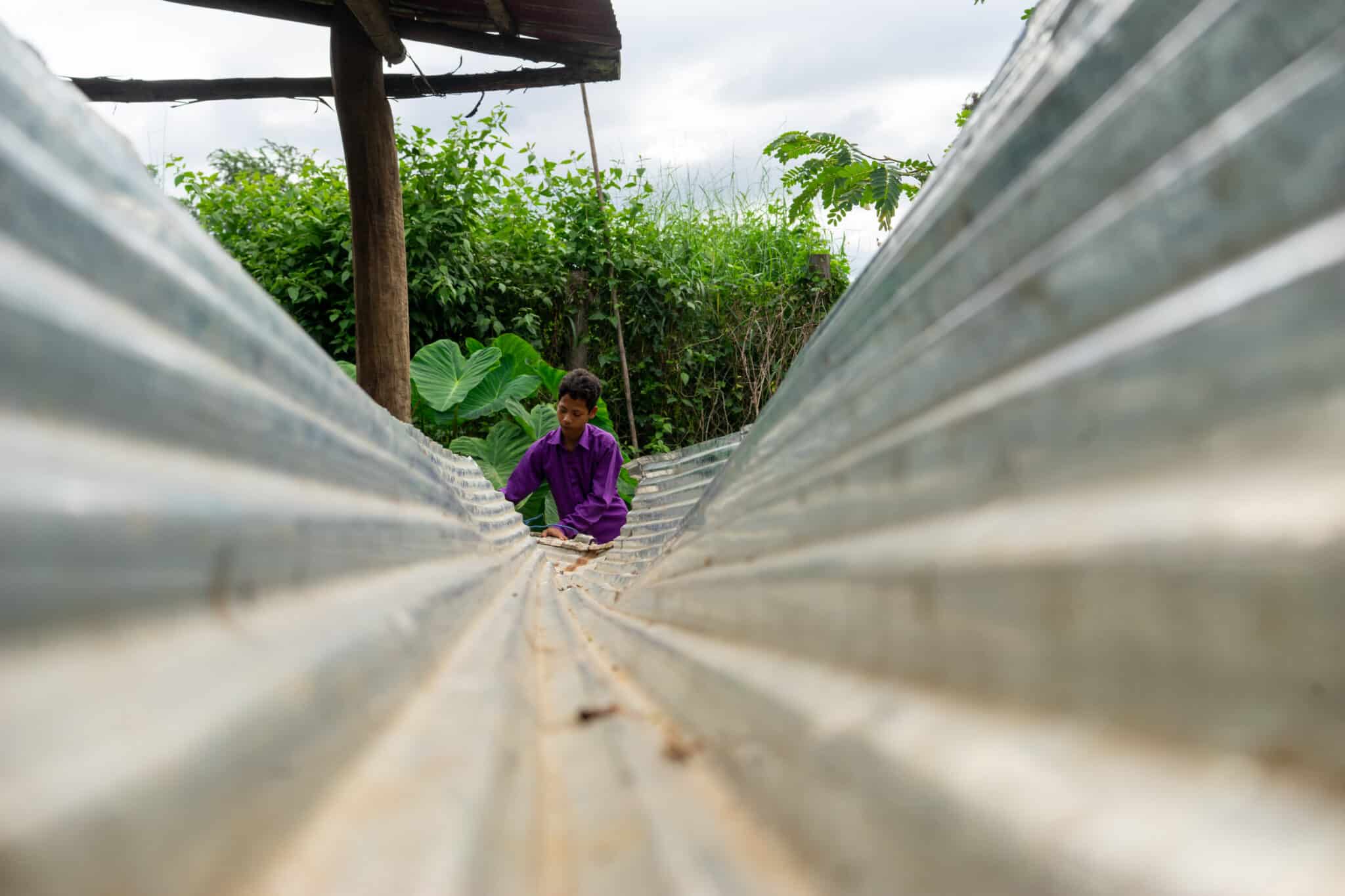 In Poipet, Banteay Meanchey province, a student receiving support from The Cambodian Consortium For Out of School Children, uses metal sheets to collect rainwater for his family’s consumption needs, March 2020. Christine Redmond/Action Education

Under our project The Cambodia Consortium For Out of School Children, in partnership with Educate A Child, a global program of the Education Above All Foundation, we are supporting schools with handwashing stations, and communities with water filters. While we still have ongoing projects to build communities’ resilience against the impact of climate change, short-term solutions like this also make a difference.

Over our projects’ life cycles, we will work further with authorities and schools to build better infrastructure to improve access to water, hygiene and sanitation which we hope will act as adaptation measures against climate change although many more measures will likely be needed. Under CO-SAVED, we are supporting the construction of community water supplies in 12 villages; the construction of 94 latrines in schools with a focus on providing safe spaces for girls; installing three hand-washing stations in 149 schools; raising awareness in support of good water, hygiene and sanitation in 47 communes in four provinces and delivering training on good water, hygiene and sanitation practices in 188 schools (primary and secondary).

Improved water, sanitation and hygiene services can increase water availability in times of scarcity and provide supplies for basic needs, health, and food so that marginalised communities are better equipped to cope with the impacts of climate change.

Cambodia’s out of school children: From the rice field to the classroom