International Day of the Girl Child: COVID-19 will have dramatic consequences
12 October 2020

Accueil > Actualités > International Day of the Girl Child: COVID-19 will have dramatic consequences

Coincidentally, 2020 should have been a year of celebration for girls. It marks the 25th anniversary of the Beijing Declaration and Platform for Action, to date the “most progressive roadmap for gender equality”. In 1995, with no less than 17,000 participants and 30,000 activists, the Beijing Conference ended with a vision – a world where every woman and every girl could exercise her freedoms and choices, know and understand all her rights – and on an agreement between 189 states to achieve gender equality and the empowerment of girls everywhere. The ambition was not the least of all since it was a question of guaranteeing everyone the right to education, eradicating illiteracy, improving access to training, science and technology and lifelong education, allocate sufficient resources to it and eliminate all gender discrimination … But it is clear that 25 years later, and despite a renewal of commitments upon adoption of the Sustainable Development Goals in 2015, the situation of young girls, even if it has improved, has hardly changed for the better: 130 million young girls worldwide are still excluded from education, 1 in 4 girls between 15 and 19 years old is neither employed nor in training, 13 million girls between 15 and 19 years old have been abused in their lives, 1 in 3 adolescent girls between 15 and 19 years old still is forced to FGM (Female Genital Mutilation) in more than 30 countries.

Gender equality far from being achieved

But the COVID-19 pandemic will undoubtedly in this same year 2020 have reinforced pre-existing gender inequalities, which affect the lives of young girls on a daily basis and in a disproportionate manner. At the worst time of the crisis in April 2020, more than 1.6 billion students were deprived of education, including more than 760 million girls. They, who most often already had to face countless challenges to go to school and stay there (many household chores or babysitting brothers and sisters, school fees deemed “too” high for girls, distance from schools, etc.) will have been deprived, because of the lockdown measures, of any access to education. In more than 4 in 10 low and middle income countries, no measures have been taken to support children. Girls will have been the first victims. Even when lessons were taught via the internet or mobile apps, girls have been the last to benefit, as few can access digital resources for fear of parents that they will be badly influenced.

So it’s been over 6 months for many of them that they stopped reading, learning and working. They have also been subjected to more violence for months: physical assault, harassment, rape, sexual exploitation…. The United Nations estimates that there will be 2 million more mutilated women over the next decade, and that the pandemic will clearly have an end to decade-long efforts to combat Female Genital Mutilation (FGM).

Inequalities and discrimination aggravated by COVID-19

There is therefore a great risk today of not seeing these young girls return to the school bench. UNESCO estimates that 11 million of them will not take up their studies: faced with the economic crisis, parents will be more reluctant to pay school fees, uniforms or even materials for girls; they will be put to work, or charged with doing more household chores for the well-being of the family. Finally, it is a safe bet that some will have been forcibly married to be “one less mouth to feed”. According to World Vision, 4 million girls will be married in the next year due to COVID-19. Others will not return to school because of teenage pregnancies. In sub-Saharan Africa alone, more than 1 million girls became pregnant during the pandemic. They will certainly not return to school, as young pregnant girls or mothers are rarely accepted or tolerated in schools.

Faced with such a situation, what to do? Allow young girls to return to school as quickly as possible and create the conditions for universal education for girls. The answer is simple but not so easy to implement since decades after the start of the fight, millions of girls are still excluded from education. But at a time when the reconstruction of the economic system is needed, when the creation of a fairer and more resilient world is called for, to ensure that no girl is any longer excluded and vulnerable, only because of gender, is an international emergency. Educating young girls is not only allowing them to build themselves up and choose a profession, to contribute economically to the life of the home and to society, it is also to guarantee them access to better nutrition, to benefit from health services, from child protection programs. It is also enabling them to become real agents of change, to fight by themselves against the discrimination and stigmas that have been imposed on them for millennia. In short, it is to enable them to obtain that all of their rights, as human beings, be respected. 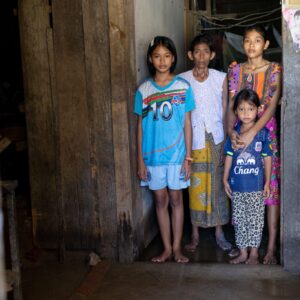 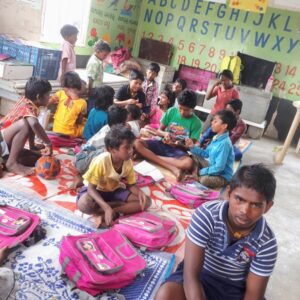 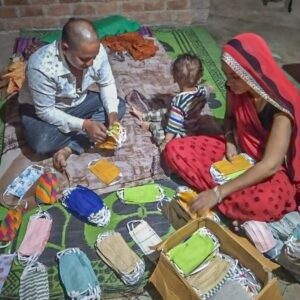 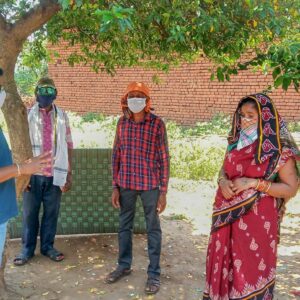 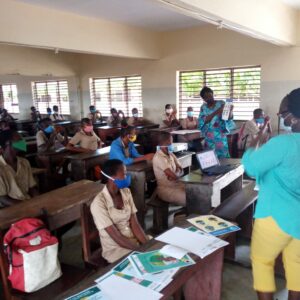 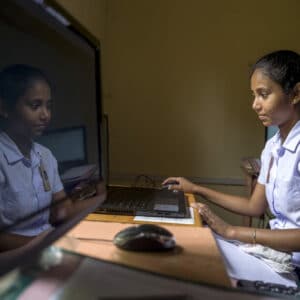 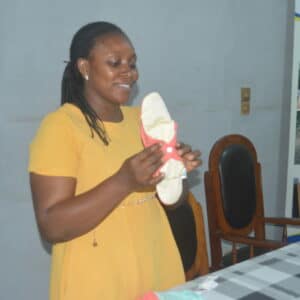 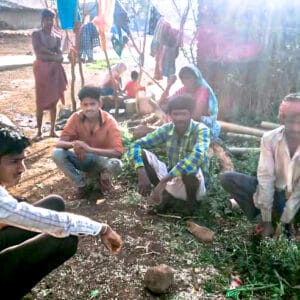 “Without Aide et Action, it would have been very difficult for us to reach home safely”

Since the start of the pandemic in India, Aide et Action has paid particular attention to migrant workers who are very weak from the situation. While our teams try to provide them with the support they need to avoid their displacement as much as possible, some families choose to return to their village of origin despite everything, at the cost of all the dangers. We continue to support them as well.