In the remote and rural village of Koh Krobay village, located in Cambodia’s central Kampong Thom province, 11-year-old Chhlang Long never dreamed he’d be able to go back to school or even finish school in Cambodia. The closest he had come lately to receiving an education was from peering into the classroom from the outside to catch what the teacher was saying to the students inside.

In remote and rural areas of Cambodia, such as the case in Koh Krobay village, access to school and quality education remains out of reach for many children. Inaccessible locations of schools far from villages are one obstacle and when coupled with poverty, and low levels of understanding of the value of education among parents, the likelihood of children completing primary school and progression to secondary school becomes less and less.

Poverty as a barrier to education

Long’s low economic background meant that neither Long nor his siblings had the chance to attend school regularly. His grandmother described the family’s poverty as a result of never having had an education but the poverty also prevented them from getting an education. Stuck in this cycle, she hoped if Long had a chance at school, he could break it. “I wish to see my grandson different from the rest of the family members and achieve higher education in the future,” she said.
Although he had been enrolled in school at one time, he quickly became demotivated and dropped out. Without the support and encouragement of his parents at home who had little time for him due to the need to work and provide for the family, staying in school was a challenge.

The Cambodian Consortium For Out of School Children

Under The Cambodian Consortium For Out of School Children, Action Education, in partnership with Educate A Child, a global program of the Education Above All Foundation, is working to identify children like Long at risk of dropping out of school in Cambodia and setting in place solutions to keep them in education.
In partnership with our local partner Youth Star Cambodia, we have community volunteers conducting mapping exercises and studying existing data of at-risk children. In Koh Krobay village, volunteer Ms. Ly Mara spotted Long and was determined to support his return to school. 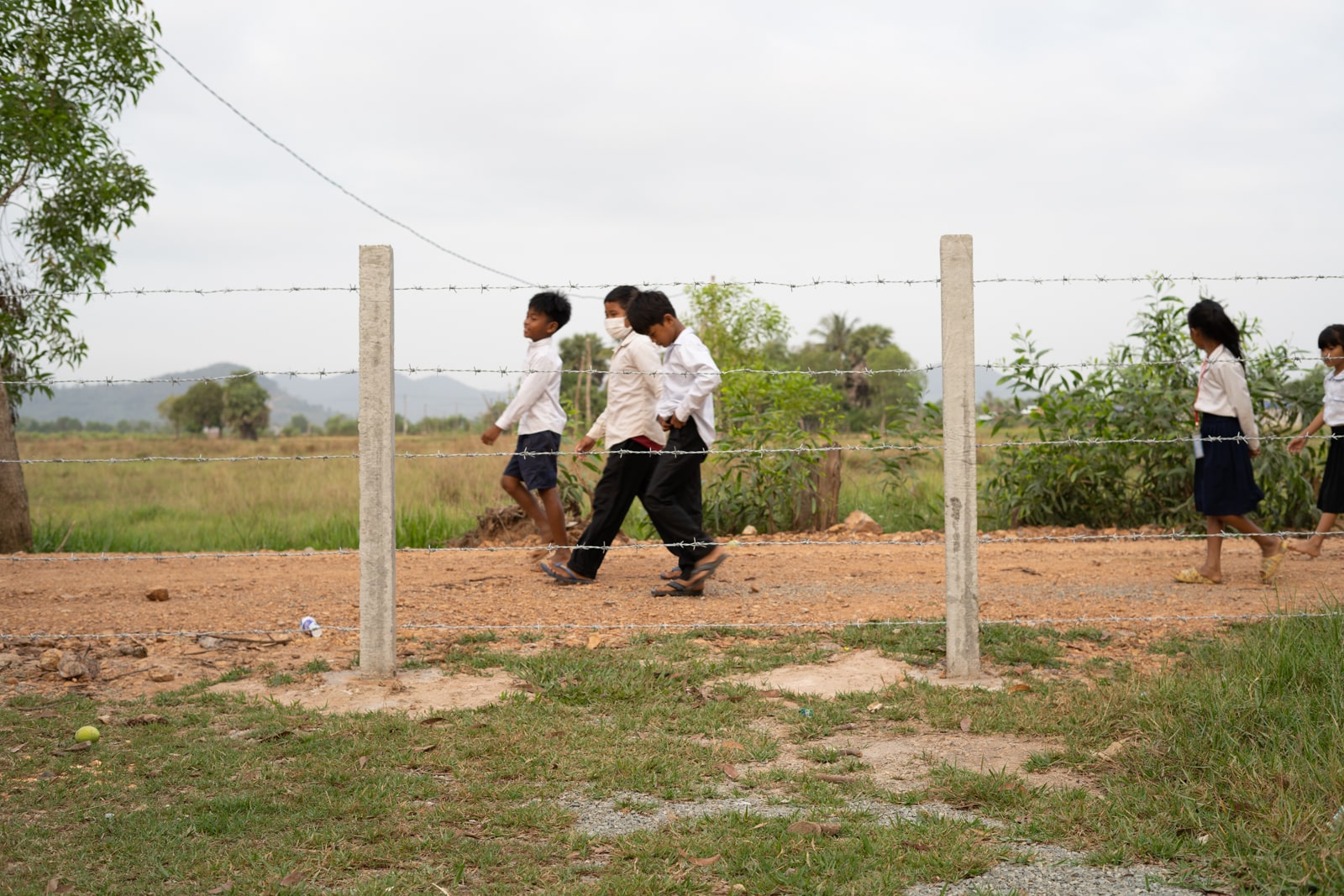 At first, Long was too shy to talk to her, let alone join her tutoring class and other education program activities she ran in the community such as a mobile library and educational games. To understand the reasons behind Long’s dropout, Mara built a relationship with Long and his parents and his grandmother and soon learnt that Long’s absence was due to his fear of teachers and school.

Mara offered him words of encouragement and gave him a notebook, a pen and snacks to encourage him to join her tutoring classes. “School is nothing to be afraid of because you are as welcome as other children,” she explained to him.

A new path forward, back to school in Cambodia

Long soon joined Mara’s class but his academic ability was low due to his long absence from school and he could not write and read as well as the other children his age. Nevertheless, he dedicated himself to learning and joined Mara’s education activities.

After a few months, Long’s grandmother approached Mara to be enrolled for the new school year. The school met the request with reluctance because of Long’s history of absence but Mara advocated for him, reminding the director and teachers that all children deserve their right to education and Long was a dedicated young student who had overcome many challenges in his young life.

Non-formal education and learning through play activities such as Mara’s play a key role in supporting children’s return to education. Seeing Long standing before her in his school uniform on his first official day of entering Grade 1 was a source of pride and joy for Mara. “I am so proud of Long for his very beginning of education on the right path toward a prosperous future,” she said.

To support students like Long stay in school in Cambodia, we provide ongoing in-kind scholarship support in the form of school materials such as books, stationery, school bags and more as well as bicycles for students living more than 5km from school. In July 2022, under the Cambodian Consortium For Out of School Children and the Fisher Folks Making Circular Economy Work For The Western Tonle Sap Lake project – a project we are implementing with OXFAM – we supported almost 13,000 children in 373 schools across nine provinces.

The posts you requested could not be found. Try changing your module settings or create some new posts.